President Joe Biden may have avoided a partisan showdown in the Senate by re-nominating Jerome Powell lead the Federal Reserve, but Republicans on Capitol Hill aren’t giving him the benefit of the doubt when it comes to the three additional nominations he’s expected to make in the coming weeks.

“Richard is to the left of Lenin,” Republican Sen. John Kennedy of Louisiana told CNBC Tuesday. “Richard believes that only government can make America great. He and I disagree.”

Kennedy sits on the Senate Banking Committee, which would have to approve any nominee to the Federal Reserve Board of Governors before it advanced to the full Senate for confirmation. In an evenly split Senate where Republicans and Democrats have equal representation at the committee level, nominees can advance from a deadlocked committee vote at the discretion of Democratic Senate Majority Leader Chuck Schumer of New York.

Republicans wouldn’t have the power to block Cordray’s confirmation in the Senate in the face of united Democratic support, but they will not go down without a fight given that Cordray has long been a thorn in the side of the banking industry and its allies on Capitol Hill.

Rep. Blaine Luetkemeyer of Missouri, a senior Republican on the House Financial Services Committee, said in a tweet Tuesday that as CFPB director, Cordray made it his mission to “bog down the U.S. financial services industry with as many regulations as possible.”

Cordray would replace Gov. Randal Quarles as vice chairman for supervision, whose term in that role ended in October and who plans to leave the Fed entirely at the end of the year.

Quarles, a Republican and former bank lawyer who was appointed to the role by former President Donald Trump in 2017, presided over years of deregulation at the Fed, including moves to roll back capital and liquidity requirements for all but a handful of the nation’s largest banks. The changes, partially spurred by bipartisan deregulatory legislation passed in 2018, proved to be a boon for large, regional banks KRE, -2.55% with less than $250 billion in assets.

Progressives like Democratic Sen. Elizabeth Warren of Massachusetts are hoping that a new vice chairman for supervision would work to reverse some of what Quarles did in recent years. She is opposing Powell’s renomination to chair the Fed on the grounds that deregulation on his watch made him “a dangerous man to head up the Fed.” Warren worked with Cordray as he became the first Senate-confirmed director of the CFPB in 2012.

Cordray would also need the support of Senate Banking Committee Chairman Sherrod Brown, who has also been critical of the Fed’s banking oversight of late. “I know Rich Cordray well. I like him,” Brown, an Ohio Democrat, told CNBC. “I’m talking to the White House about him and a number of other people.” 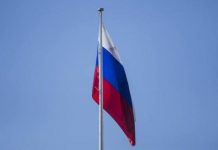 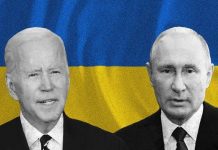 Ukraine’s ‘Back to the Future’ scenario: Deploying troops is a Cold War solution 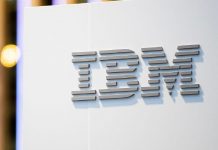 ‘No signs of panic’ by Corporate America’s debt investors, even with stock market turbulence

Compare
By submitting, I agree that WaytoQuote may use and share my information as set forth in its Privacy Policy and Terms of Service, and WaytoQuote, or third-party companies and business partners, may send me offers for products and services at the email address I have provided. I understand that my information may be supplemented with additional information obtained from other sources.