Original story: One day after it was filed, the new lawsuit against President Joe Biden’s student debt relief program was defeated by the Justice Department. The outcome delivers a simple message to the plaintiff: Don’t want the federal government forgiving your student debt? Fine. We won’t.

That lawsuit, brought by the conservative Pacific Legal Foundation on behalf of its own employee, was an effort to establish standing, or the legal right to sue in federal court. A plaintiff has standing only if they suffer a concrete, personal injury, and as a rule, taxpayers can’t challenge federal spending. In constitutional terms, nobody is harmed when the government forgives debt that it holds, so there was no controversy for the federal courts to resolve.

Or was there? PLF thought its employee, Frank Garrison, had a way around the hurdle. Garrison allegedly lives in Indiana, which is one of six states that will tax student debt cancellation as income. He’s already enrolled in a different student loan program that will forgive his remaining student debt in four years—and Indiana will not tax that cancellation. Which allowed Garrison to argue that Biden’s plan injures him because it will force him to pay state taxes on loan forgiveness when he’s set to receive tax-free relief down the road.

If Garrison doesn’t want what Biden’s offering, couldn’t he just opt out? PLF claimed that he could not. Why? Here’s the theory: Most borrowers will have to apply for debt relief. The Biden administration revealed that a subset of borrowers will receive “automatic” relief because the government already has sufficient information about their income to know that they qualify. Garrison believes he’s in this subset. He also believes he cannot stop the government from automatically canceling his debt. Put these beliefs together, and voila: standing.

Except that Garrison’s beliefs are actually wrong. Specifically, his hunch that Biden would force him into debt relief quickly proved untrue. Hours after he filed suit, the White House announced that every borrower would have the option to opt out. Then, on Wednesday, the Justice Department confirmed in a filing that “any borrower who qualifies for automatic debt relief—i.e., relief without filing an application—will be given an opportunity to opt out.” The Department of Education confirmed this option online.

Then came the tactical masterstroke: The Justice Department informed Garrison’s lawyers that he did not even need to opt out. “Upon receiving this lawsuit and reviewing Plaintiff’s filings,” the agency wrote, “the Department has already taken steps to effectuate Plaintiff’s clearly stated desire to opt out of the program and not receive $20,000 in automatic cancellation of his federal student loan debt, and so notified Plaintiff’s counsel today.”

In other words, Garrison’s wish has been granted: The government will not cancel $20,000 of his student debt. That debt will remain, at least until he completes the terms of his previous arrangement, which requires him to continue working for a non-profit (like PLF) or the government for the next four years.

With these two moves, the Biden administration has blown up PLF’s theory of standing. Not only has the government added an opt out to ensure that nobody is compelled into debt relief,, it has already ensured that Garrison’s debt specifically will stay on the books. His injury, already dubious, has disappeared.

The broader issue here was that PLF made it all too easy for the Justice Department to dunk on its suit. The group filed far too early, before the administration had even put the program into operation, or revealed key details about how it’ll work. PLF inadvertently put the administration on notice that a lack of any opt-out could (arguably) create a basis for standing, thus exposing its plan to judicial invalidation. Attorneys for the Justice Department seized it like the golden opportunity it was. Moreover, Garrison’s actual request, exclusion from the program, proved incredibly easy to grant. In doing so, the government stripped away his excuse to be in federal court. The fact that it was so easy to defeat this suit illustrates its fundamentally political and artificial nature. Most real plaintiffs’ aims are not frustrated when the government gives them exactly what they claim to want.

By Thursday, there was already another lawsuit against the program: Six red states led by Missouri sued using a convoluted theory that Biden’s plan will harm them financially. Some of these states have quasi-public loan servicers that hold debt from an old program that doesn’t qualify for relief. They worry that Biden’s plan will spur borrowers to consolidate their olds loans into a new program that does qualify for relief. So the states’ servicers will have fewer loans to sell “on the secondary markets” and thus generate less revenue.

If your head is spinning, don’t worry: This theory is very silly. It rests on mere speculation that Biden’s plan might spur debt consolidation that might lower revenue for the handful of states that created loan servicers—but a “speculative” injury does not establish standing. More lawsuits will arise.The Supreme Court’s conservative majority might eventually find an excuse to strike down the program! If that happens, Biden has other tools at his disposal to forgive billions in loans, including a more narrowly tailored approach to mass relief. The federal government holds this debt. And in the end, the federal government will decide what to do with it. 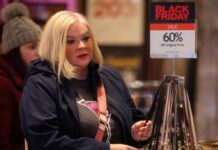 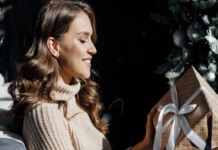 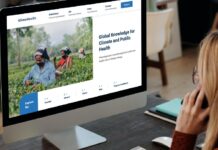