For a political movement whose rallying cry was “build the wall” to keep Mexicans out of the United States, it was perhaps inevitable that a Muslim, Somali-born congresswoman would eventually have chants of “send her back” aimed her way. Spurred by President Donald Trump — who on Sunday tweeted that Democratic Representatives Ilhan Omar, Rashida Tlaib, Ayanna Pressley, and Alexandria Ocasio-Cortez should “go back” to the “totally broken and crime infested” countries they “originally came from” — supporters at his rally in Greenville, North Carolina shouted this directive on Wednesdsay after Trump suggested that Omar was an Al Qaeda sympathizer who looked down on Americans. Racist remarks are routine for the president, who, incidentally, saw his approval rating among Republican voters receive a five point jump after his bigoted tweetstorm, raising it to 72 percent. But some Republican officials have expressed trepidation since Wednesday’s rally. Politico reports that a handful of GOP members of Congress approached Vice-President Mike Pence with concerns about Trump’s broadsides against the four Democratic congresswomen, three of whom, despite his rhetoric, were born in the U.S.

“It’s one thing to do chants of ‘lock her up,’” Representative Paul Mitchell of Michigan told the outlet, referencing the 2016 pro-Trump rallying cry aimed at Hillary Clinton. “But a chant like [‘send her back’] is simply not reflective of our constitution.” (Neither is incarcerating people who haven’t been charged with or convicted of crimes, it’s worth noting.) “[Pence] said, ‘at first I couldn’t even tell what it was,’” added Representative Tom Cole of Oklahoma. “And he said, ‘that just needs to not happen.’ [The vice-president] seemed as appalled by it as everybody else.” But perhaps the most telling response came from Representative Mark Walker of North Carolina, who in addition to being a former pastor, is vice-chairman of the House Republican conference. “We talked about [the chant], and [Pence] — we — felt like this is going to be part of our discussion to make sure we are not defined by that,” Walker said. “We want our policies, from the House all the way up to the administration, to define us.”

Few statements capture the yawning emptiness of Republican disapproval toward Trump’s racism better than this. Some GOP officials don’t want the president’s bigoted remarks reflecting on the party as a whole. (Though others are fine with it.) Rather, they prefer to be judged by Trump’s policies, as backed and implemented by rank-and-file Republicans. As it stands, these policies include an attempt to ban Muslim entry to the United States, disguised as a travel restriction targeting countries deemed a security threat. They’ve included a naked attempt to erode the political power of Hispanic voters in favor of non-Hispanic white people by adding a citizenship question to the 2020 Census, thus discouraging participation by Hispanic immigrants and leading to an undercount that would favor Republicans during redistricting. The administration has expended significant resources defending both efforts before the U.S. Supreme Court — the first successfully, the second unsuccessfully. Trump has supplemented these policies with dramatic restrictions on immigration, targeting Central American migrants attempting entry via the U.S.-Mexico border. These include narrowed options for legitimate asylum claims and compulsory separation of undocumented children from their guardians, creating a network of child jails near the border, some in degraded and lethal conditions. The animus driving these measures is not in dispute: Trump has described Central American migrants as murderers, rapists, and drug dealers hiding terrorists from the Middle East in their ranks, and derided their homelands as “shithole” countries — while submitting his preference for immigrants from European countries like Norway.

The clear takeaway from the party’s response to this agenda is that some Republicans may be put off by Trump’s racist remarks, but they’re fine with his racist policies. This is predictable, given that much of this agenda marks a continuation of mandates the party has pursued for years — indulging the electorate’s most extreme Islamophobic impulses, suppressing votes and gerrymandering districts to enshrine minority rule, and drumming up resentment toward immigrants from Latin America. It also explodes the notion that meaningful daylight exists between Trump and the Republican establishment, as suggested by the opposition to his campaign that dogged the 2016 primary. Even Senator Lindsey Graham, then one of the most vocal anti-Trump Republicans, is among his loudest defenders today. “Something I have learned,” the South Carolina Republican tweeted on Thursday. “If you are a Republican nominee for President — or President — you will be accused of being a racist. John Lewis compared John McCain’s campaign to being like that of George Wallace. It comes with the territory unfortunately.” Omar responded by tweeting Graham’s words from 2015: “Donald Trump is a race-baiting, xenophobic, religious bigot.” Whatever discomfort GOP officials have with the president’s behavior is cosmetic. They object to the crudeness of the vessel. But its substance aligns firmly with their views. Some, like Walker, believe their shared policy vision so laudable as to be worth advertising and celebrating. The Trump presidency is not a new low. It is where the Republican Party — and America — has been headed for decades. 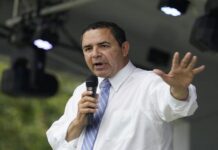 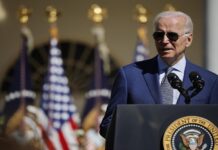 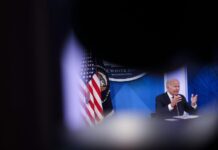