“The Pledge of Allegiance to our great Country, in St. Louis Park, Minnesota, is under siege,” President Trump announced on Twitter early Thursday. “That is why I am going to win the Great State of Minnesota in the 2020 Election. People are sick and tired of this stupidity and disloyalty to our wonderful USA!”

I live just a few miles from St. Louis Park and was surprised to learn of this onslaught of sedition, which despite the apparent gravity of the situation is not exactly dominating local news. It turns out the “siege” in question is rather less dramatic than Trump’s tweet suggests: The city council unanimously decided to stop reciting the pledge at the start of its meetings. Not everyone who participates in city business is a citizen, noted one council member, so they shouldn’t have to “pledge their allegiance to our country in order to tell us what their input is about a sidewalk in front of their home.” Some people are not pleased with this choice, and the president is among them.

This anger over removing constant performance of a loyalty pledge to our national flag from a mundane gathering of local government is not surprising. But it should be, because the Pledge of Allegiance is not normal. It feels normal to Americans, yes, because most of us spend 13 years of primary education saying it weekly, if not daily. But that too isn’t normal — at least, not by global standards (India is a rare exception), and especially not for countries with even a pretense of democracy.

One of my less productive habits is reading Ask Reddit, where users discuss with some frequency what U.S. governance and culture looks like to outsiders. The pledge always comes up. “I’d like to offer a European perspective, and maybe explain why our reaction to the pledge ranges from mild discomfort through disgust to outright horror,” begins the top comment in one pledge-specific thread. It’s not about the content of the pledge, like the “under God” clause around which pledge debates in America often revolve. Rather, it’s about “the very idea of having such a thing.” Maybe it’s not actually “creepy or fascist,” the comment allowed, but it sure feels that way if you’re not American.

Particularly unsettling to the outside observer is the way the pledge is used in our schools. It doesn’t feel strange if you’re 7 and that’s all you know, but if you’re not 7 and you didn’t grow up this way … well, it doesn’t look good. As a classroom of elementary-age children intone in a classic sketch from comedy troupe The Whitest Kids You Know, it’s objectively “creepy that us little, little kids mindlessly recite this anthem every day and pledge their life to a government before they’re old enough to really think about what they’re saying.”

We’d easily recognize the creepiness in other contexts: What if the pledge were to the flag of Cuba? The USSR? North Korea? (Kim Jong Un’s government has an anthem which includes a loyalty pledge: “We devote our bodies and minds to serving this Korea forever.”) I attended a Chinese public school in third grade, and while I can’t be confident my memory is correct, I don’t remember the class doing any sort of loyalty pledge despite our location under literal communism.

Similarly unusual in international context is our habit of playing the national anthem before sporting events. Other countries typically do not do this. Sports are just sports, not opportunities for gratuitous displays of patriotism. That’s not because people in other countries are less patriotic, though it’s true Americans are disproportionately likely to believe our nation is the best in the world. It’s just that adding the anthem, a practice made common in the States to gin up support for joining World War I, is not considered necessary. Unless it’s an international competition, what does the national anthem have to do with a ball game?

The unnecessary insertion of these patriotic rituals into ordinary life is troubling in several ways. It creates a needless source of social pressure and even conflict for those who for whatever reason — lack of citizenship, as at those city council meetings, or religious convictions like mine — are unwilling or unable to say the pledge. This is not a great hardship for adults, perhaps, but it is for children. No one wants to be the weirdo, the kid who “hates America.” Beyond possible social consequences, declining to say the pledge in school can land you in suspension or a legal mess despite the Supreme Court’s clear conclusion that participation cannot be mandatory.

Our national fixation with the pledge and anthem is also a poor fit for our supposed ethos of limited government, of a state which is always the public’s servant and never its master. At its best, American patriotism is not a top-down, self-serious policing of national loyalty. Such frequent expression of national devotion is better suited to autocracy than a free country where the government ostensibly functions at the people’s pleasure, not the other way around.

The Pledge of Allegiance isn’t normal, and it certainly shouldn’t be normal here. 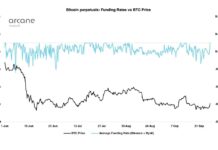 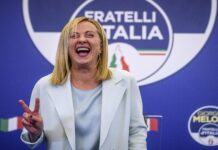