President Trump called for unity and healing Monday in response to the deadliest mass gun killing in modern American history.

His remarks and tone attracted praise even from some critics. But those critics contend Trump’s history of using red-hot rhetoric complicates his efforts to bring the country together following the deadly attack in Las Vegas.

Similar dynamics will be at play Tuesday, when Trump visits the devastated island of Puerto Rico.

While Trump’s response to hurricanes in Texas and Florida was widely praised, the federal response in Puerto Rico has been much more uneven — and has included the president jabbing at the mayor of San Juan on Twitter.

“Such poor leadership ability by the Mayor of San Juan, and others in Puerto Rico, who are not able to get their workers to help. They want everything to be done for them when it should be a community effort,” he wrote in two tweets on Saturday.

Trump has tangled in recent weeks with targets ranging from the NFL to the leader of North Korea, Kim Jong Un (“Little Rocket Man”).

His hard-edged rhetoric extends much further back, to the name-calling of his primary and general election rivals in 2016.

Trump’s transgressions of political norms are numerous. Last year, he alleged that then-President Obama was the founder of the Islamic State in Iraq and Syria. In the wake of the mass killing at Pulse Nightclub in Florida in June 2016, in which 49 people were killed, Trump tweeted that he “appreciate[d] the congrats” for his earlier warnings about Islamic terrorism.

This history is one reason some observers express skepticism about whether Trump has the capacity to pull the nation together, even at moments of deep trauma.

“When you squander your moral credibility on other issues, it is hard to strike this note of national unity that we expect from the president,” said Charlie Sykes, a one-time conservative radio host who is critical of both Trump and the broader right-wing media ecosystem.

“We don’t, in this country, have a nonpolitical king or queen who can stand above politics and unite the country. And here we have the most divisive leader on the scene trying to strike this note,” Sykes added.

Trump struck a somber tone when he appeared in the Diplomatic Room of the White House just before 11 a.m. Monday.

He described the nation as “joined together today in sadness, shock and grief.” He cited Christian scripture about God being “close to the brokenhearted.” He used the words “unity” or “unite” three times in five minutes.

All in all, it was a very different president from the one who was recently tagged by The New York Times as “America’s apostle of anger, its deacon of divisiveness.”

Even some observers who are politically critical of the president acknowledged that his Monday remarks hit the right notes — though they added caveats. 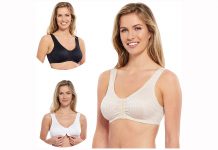 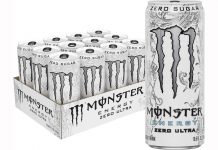 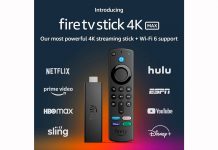