Bannon, 65, a former investment banker and Hollywood producer, burst onto the political scene when he took over Donald Trump’s presidential campaign in August 2016.

Overweight, unshaven and sporting long unkempt hair, Bannon’s dishevelled appearance masks a man credited as the intellectual and strategic driver behind Trump’s movement. Achieving what many considered impossible, Bannon shepherded Trump to victory in November 2016. But his time at the top was short. He was fired from his position as Trump’s chief strategist and left the White House ignominiously in August 2017.

Director Alison Klayman set out to follow what Bannon did next. The creator of documentaries that include Take Your Pills and Ai Weiwei: Never Sorry, was afforded extensive access to Bannon and his team as they embarked on the next stage of their grand project. The process gave her a unique—and at times chilling—perspective on one of the most divisive figures in modern American politics.

“I’m about one thing, I’m about winning,” Bannon declared at one stage. Bannon’s desire to organize and proselytize for the far-right movement was never in doubt. How effective he was, though, is certainly up for debate.

Bannon would have likely assumed that Klayman—a left-leaning granddaughter of Holocaust survivors—would probably not be among his fans. But producer Marie Therese Guirgis, a former colleague of Bannon’s, was able to convince him to take part in the 13-month project.

Bannon’s Global Revolt
While maintaining a network of media, business and political contacts in the U.S., Bannon has turned his hand to fomenting right-wing revolution in Europe. His nascent efforts focus on constructing what he calls “The Movement”—a far-right umbrella organization bringing together nationalist parties ahead of the European Parliament elections in May. “We’re going to run the fucking tables on these guys,” he said.

Klayman told Newsweek she found Bannon’s global ambitions “pretty alarming.” The firebrand described his brand of nationalism as “a global revolt, it’s a zeitgeist. We’re on the right side of history.”

But for all his talk of “global revolution” alongside “economic nationalism,” Klayman believes Bannon’s vision “is empty.” His project has struggled to overcome the contradiction of a global cooperative composed of nationalist, anti-globalist parties. He promised “war rooms” with polling data and analytics flying between nationalist parties continent-wide, but according to Klayman, none of this came to pass.

Countless profiles of Bannon have painted him as the brains behind Trump and the intellectual engine of the modern American alt-right. He promotes himself as a devotee of politics and a great man of history—a revolutionary disruptor “doing the Lord’s work,” as he put it.

Klayman places Bannon in a far less exalted light. She described him as a surprisingly self-aware man, adept at using self-deprecating humor to disarm those around him. “The thing that kept surprising me though, was how he both had that trait and also somehow often exhibited a total lack of self-awareness,” she continued. Many of these blind spots, Klayman said, were “tied to vanity and that sense of himself as a great figure of historical importance. 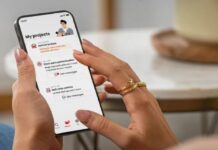 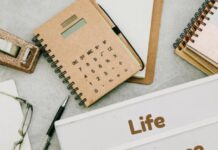 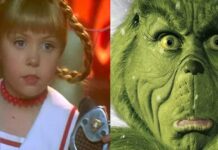