The fate of health care for millions of Americans may, once again, come down to Sen. John McCain (R-Ariz.).

It was McCain in July who sank Republican hopes of a “skinny repeal,” siding at the last minute with Sens. Susan Collins (R-Maine) and Lisa Murkowski (R-Alaska) to vote against the Senate GOP’s scaled down health care bill.

At the time, McCain said he was voting no because of the bad process that Republicans had used to bring up the bill, where they skipped committee hearings, markups and amendments to just put the legislation up for a vote with a less than solid idea of the policy effects.

“I want regular order,” McCain told HuffPost on Wednesday, a chorus he has repeated over and over again this week.

When asked if that meant he was still a no, McCain said, “I want regular order, is the answer.”

It’s a less than clear answer, but it’s one that McCain has shown he is serious about, and if he truly intends to demand a process close to “regular order,” McCain could be the deciding Republican once again in sinking the GOP’s newest health care plan.

Senate Majority Leader Mitch McConnell’s office told reporters Wednesday that it was the Kentucky Republican’s “intention” to bring up this bill ― authored by Sens. Lindsey Graham (R-S.C.) and Bill Cassidy (R-La.) ― for a vote next week.

Republicans only have until Sept. 30 to get this bill through the House and Senate before the legislative vehicle they’re using expires. (Republicans are using a fiscal 2017 budget resolution to try to pass their health care legislation through reconciliation, a process that only requires 51 votes in the Senate, with the help of Vice President Mike Pence breaking a tie.)

After Sept. 30th, Republicans could use another budget resolution to pass their bill, meaning this proposal wouldn’t necessarily be dead at the end of the week, but the whole process would take more time, and the Congressional Budget Office will likely be able to score the legislation before lawmakers vote on the bill. As it stands now, Senators intend to vote on the Graham-Cassidy bill with only a “preliminary” CBO score ― one that won’t have a complete analysis on the legislation’s effect on premiums, deficits or how many people would end up losing health insurance as a result.

Sen. Rand Paul (R-Ky.) looks resolute in voting against the Graham-Cassidy proposal. Collins is likely to follow suit, though she hasn’t definitively said she’s a no. Murkowski also still appears to be leaning no, telling reporters that she’s still unprepared to support the bill.

Murkowski is clearly a key vote, and one that Republicans almost certainly needs to pass their bill. But GOP leadership is making changes for Alaska in a bid to win her over.

Cassidy has projections he’s been passing around to his Senate colleagues, and his latest spreadsheet shows Alaska getting extra money from the bill ― a change that hasn’t been reflected in the legislation but is coming, according to what Cassidy staffers told Business Insider.

If Murkowski is bought off, and if Paul and Collins hold strong, this process will all come down to McCain, who will have to choose between his legacy and Graham, his best friend in the Senate.

When HuffPost asked McCain this week if it was weighing on him that he might have to sink Graham’s legislation, McCain said it was “difficult,” but he reiterated yet again that he was more concerned about regular order.

“I don’t want to have to just vote aye or no on what’s one-fifth of the gross national product,” McCain said.

While it may seem laughable to most that a friendship might so clearly impact a bill, the bond between McCain and Graham is very real and very strong ― almost certainly realer and stronger than any other bond between two Senators today.

“I always do whatever Lindsey Graham tells me to do,” McCain told reporters last week, only half-kidding.

But McCain seems to have concerns other than friendship since he was diagnosed with an aggressive form of brain cancer over the summer. When he returned to the Senate in late July, he said he wouldn’t support the Senate GOP’s health care proposal because it penalized his home state of Arizona and was opposed there by Republican Gov. Doug Ducey.

Ducey has since found a way to support this latest proposal, even though Arizona is one of the states that loses money under the proposal, according to an analysis by the Center on Budget and Policy Priorities. 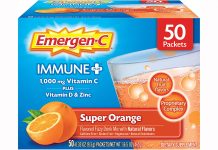 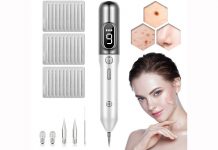