General Motors, Ford and Fiat Chrysler were among the greatest losers with declines between 4.7% and 7%. Japan’s top sellers fared a little better, with Nissan seeing 2% growth and Toyota a 2.1% gain.

Economists and Street pundits seem to be stumped as to why Americans are so reluctant to buy cars. Hypotheses that are being bounced around range from tight credit markets to costlier car loans, to negative consumer sentiment about the economy.

Sales have fallen off a cliff, compared to 2016, a record year for the auto industry. In the first six months of this year, vehicle sales hit their lowest point since 2014, and consumer traffic at dealerships fell to a five-year low.

As car sales are plunging, the number of risky car loans is rising… and so are incidents of credit fraud. In a UBS survey, one in five borrowers admitted that their applications contained inaccuracies.

However, lenders are actively participating in building this particular Potemkin village. The biggest auto loan provider, Santander, is under investigation in at least 30 states for fraudulent lending practices and recently settled a lawsuit for $25 million.

Rating service Moody’s reported that Santander verified the incomes of just 8% of borrowers whose loans it recently packaged into a $1 billion bond issue. Furthermore, on top of unverified income, 9% of those borrowers had low or no credit scores and no co-signer.

A FICO score below 640 is deemed subprime. At the end of the first quarter, 22.3% of Santander’s retail installment contracts (RICs) showed credit scores under 540. Only 13.8% of borrowers had scores over 640.

Unsurprisingly, 12.8% of these loans were delinquent by the end of the first quarter, handing Santander a net loss of $72 million for the quarter—and further losses are expected.

Loan duration has dramatically risen as well. In the 1990s, a typical auto loan was 48 months. But due to climbing car prices and stagnating incomes, buyers are now asking for longer loan terms to reduce monthly payment amounts.

The fastest-rising class of loans is now 73–84 months, unprecedented for a quickly depreciating asset like a car. 32.1% of new vehicle loans in Q4 2016 were in that group, compared with 29% year over year. Even in the used-car financing segment, those “eternity loans” made up 18% of share.

More traditional banks like Wells Fargo have started to reduce their auto loan business amid deteriorating loan performance. The bank reduced overall loan origination by 30% and curtailed exposure to subprime loans by 27% in the first quarter.

However, while major Wall Street banks like Wells Fargo and JPMorgan are more reluctant than last year to make car loans on their own balance sheets, they packaged more loans from finance companies into bonds in Q1 2017 than in last year’s first quarter, and are still among the top underwriters of the securities. 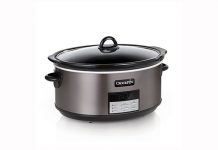 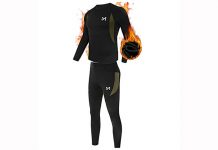 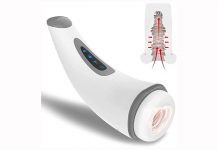