Democrats are rejoicing. Senate Majority Leader Mitch McConnell (R-Ky.) delayed this past week’s planned vote on the Republican effort to repeal Obamacare. But liberals should hold the champagne. McConnell will be back. His entire political career — the meaning of 40 years of professional energy — depends on it.

Four years ago, HuffPost reporter Jason Cherkis and I spent several weeks profiling McConnell. We found a man with almost no ideological commitments. McConnell believes in power — specifically his own. He is a tactician, not an intellectual leader. His lodestar isn’t economist Milton Friedman or James Buchanan. It’s Niccolo Machiavelli.

And despite his reputation in Washington as a brilliant political mind, McConnell isn’t a very accomplished Machiavellian. He has no great federal legislative achievement to bequeath to future generations (or, at least, biographers). His major work to date is his title. After battling to become Senate majority leader, he now needs to decorate his crown. It doesn’t particularly matter which jewels he selects, but it will be a very sad crown without any at all. Repealing Obamacare would be a big sparkler.

If the dangers of government spending or socialized medicine keep McConnell up at night, his record in Congress doesn’t show it. The man currently trying to ram through a bill that would make health insurance unaffordable for 22 million more Americans used to shower his home state with federal funding for health care projects as a matter of routine.

For decades, McConnell poured federal money into the Paducah Gaseous Diffusion Plant, a Cold War-era nuclear power relic that had become technologically obsolete by the 1980s. McConnell’s maneuvering kept it open, preserving a source of well-paid union jobs in southwestern Kentucky. When the workers came down with severe health problems from toxic exposures at the plant, McConnell responded by giving them free government health care. This isn’t a secret in Kentucky. He brags about it in campaign ads every election season.

He also secured dentistry for poor pregnant women, prenatal counseling programs and initiatives targeting heart disease, all on the federal dime. These were patchwork programs, only available in Kentucky. But no principled opponent of government health care could approve of them.

McConnell has taken the same federal-funds-for-me-but-not-for-thee approach to scientific and medical research, flooding the public University of Louisville with research dollars even as he backs nationwide budget deals slashing government investment in medicine.

None of these spending efforts are legislative landmarks. The University of Louisville has a shrine to McConnell at its library. The so-called Mitch McConnell Center for Political Leadership is full of photos of him with other famous people. It has a replica of the desk used by 19th century lawmaker Sen. Henry Clay and a placard stating how much McConnell reveres The Great Compromiser from Kentucky. But there is no Interstate Highway System, no GI Bill, no Medicare, no Dodd-Frank financial regulatory reform bill to congratulate McConnell on.

McConnell’s largesse for Kentucky has been pragmatic, what he needed to provide to get into the Senate and stay there. His passion is the accumulation of political power. To what ends that power is to be deployed is a question for whatever coalition backs McConnell ― he is their strategist, not their theologian.

His first foray into Washington leadership came in the 1998 electoral cycle, when he chaired the National Republican Senatorial Committee. It was a promising year for the GOP. Democrats were defending a host of vulnerable red-state Senate seats ― Arkansas, Nevada, Ohio and the Carolinas were all in play ― and Republicans thought they had strong odds in Wisconsin, Washington and California. McConnell raised over $37 million in soft money — a record at the time — and blew it. The Republicans didn’t add a single seat to their majority. In McConnell’s second election on the job, they lost five seats to Democrats and then ceded their majority in May 2001 when Vermont Sen. Jim Jeffords left the GOP and began caucusing with the Democrats.

McConnell’s grand strategy of blanket obstruction under President Barack Obama couldn’t stop Obama’s re-election and ultimately ended with an earthquake in the Republican Party. President Donald Trump was elected on a platform opposed to free trade and tough on banks, obliterating the Republican economic message of the past 40 years.

Before Trump, Republicans generally liked free trade. McConnell had one asterisk on his anti-Obama opposition: He actually wanted to help Obama pass the Trans-Pacific Partnership trade deal with 11 other nations. Yet even with a sympathetic president and Republican majorities in both the House and Senate, the GOP leadership somehow couldn’t get it done. The weight of this responsibility falls more heavily on House Speaker Paul Ryan (R-Wis.) than on McConnell, but it remains an impressive failure for the senator.

McConnell did steal a Supreme Court seat for Republicans by simply refusing to consider any Obama nominee ― a creative and risky maneuver. Justice Neil Gorsuch is thoroughly conservative and will influence American law for years to come. But that win was the exception, rather than the general pattern, and presidents receive much more credit for court legacies than senators do.

McConnell’s track record is just not that of a brilliant strategist. His reputation for genius rests instead on the ineptitude of his opponents.

After The Washington Post’s devastating June 23 report on the Obama administration’s mishandling of Russian meddling in the 2016 election, Democrats may finally begin to see that their standard-bearer for eight years had some serious weaknesses in dealing with political opponents. Obama routinely gave in when it wasn’t necessary ― caving to the banks on foreclosure fraud, to Fox News and Breitbart on driving out Shirley Sherrod … and to Republicans on nearly everything during his first term. At the end of 2012, then-Senate Majority Leader Harry Reid (D-Nev.) literally threw Obama’s “fiscal cliff” proposals on a fire, knowing that the president didn’t have to make the concessions to McConnell that he planned to offer. Had the fiscal cliff deadline passed, Reid and Obama might have enacted their own bill with whatever they wanted. Instead, Obama dispatched Vice President Joe Biden to hand Republicans a package of conservative goodies so he could call the agreement bipartisan. And McConnell racked up another “victory” off an opponent’s own goal.

So today’s health care battle carries greater significance for the Senate majority leader than for anyone else in Congress. McConnell still has no ideological dog in this fight. But he has to prove to his fellow Republicans that their faith in him is correctly placed. And he has to prove to himself that his decades-long power struggle hasn’t been in vain. He may well lose, but he will not walk away from a fight on which his legacy depends. 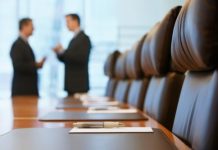 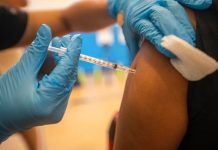