A study of 700 American millionaires found that their average GPA was just 2.9.

If you opened this article thinking you’d find evidence of why students who graduate at the top of their high-school class go onto become lazy bums, well, you won’t find it.

A Boston University researcher who followed valedictorians and salutatorians into adulthood found that most did in fact achieve the traditional markers of success. Nearly everyone graduated from college, where their average GPA was 3.6; the majority went on to earn a graduate degree; and nearly half landed in top-tier professional jobs.

So far, so expected.

“But how many of these number one high-school performers go on to change the world, run the world, or impress the world? The answer seems to be clear: zero.”

The above is a quotation from Eric Barker’s new book, Barking Up the Wrong Tree, where he cites the Boston University research.

Barker’s point is that while top students generally go on to be successful, few of them go on to achieve the kind of wild success most of us dream of.

Instead, kids who struggle with, or don’t particularly enjoy, formal education are more likely to get there. In fact, a study of 700 American millionaires found that their average GPA was just 2.9.

There are two potential reasons for this phenomenon, Barker writes:

1. “Schools reward students who consistently do what they are told” — and life rewards people who shake things up.

Karen Arnold, the Boston University researcher, told Barker: “Essentially, we are rewarding conformity and the willingness to go along with the system.”

In other words, the valedictorians found out exactly what the teachers wanted and delivered it consistently.

But if you think about the world’s most influential thinkers and leaders, most came up with an out-of-the-box solution to some political or scientific issue. Going along with what was already working moderately well never made anyone famous.

When he visited the Business Insider office in May, Barker explained: “In school, rules are very clear. In life, rules are not so clear. So a certain amount of not playing by the rules is advantageous once you get out of a closed system like education.”

2. “Schools reward being a generalist” and the real world rewards passion and expertise.

Barker explains that, even if you’re fascinated by history in high school, you can’t spend all your time studying the European Renaissance. At some point, you’ve got to stop and move onto your math homework.

But once you’re in the working world, you’ll need to excel in a particular domain — and other knowledge or skills won’t matter so much.

And here’s the real shocker: Arnold found that intellectual students who genuinely enjoylearning tend to struggle in high school. They find the education system “stifling” because it doesn’t allow them to pursue their passions deeply.

Barker summed up all the research nicely in the interview with Business Insider: “Valedictorians often go on to be the people who support the system — they become a part of the system — but they don’t change the system or overthrow the system.”

None of this is to say, of course, that if you were your high-school valedictorian, you’ll never achieve big-time success. You might very well.

But you’ll have to keep in mind that playing by the rules won’t get you as far as it once did. Taking risks and going against the grain — “sticking it to the man,” if you will — is harder to do, but it’ll get you farther. 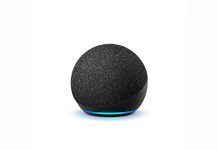 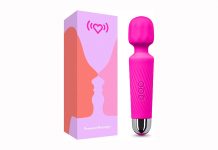 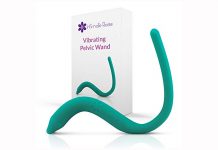