FBI personnel are furious that President Donald Trump retweeted to his 63 million Twitter followers a baseless conspiracy theory suggesting that former President Bill Clinton was involved in the death of the disgraced financier Jeffrey Epstein.

Angel Ureña, Clinton’s spokesperson, responded to the tweet, posted by the right-wing comedian Terrence Williams, on Twitter, writing: “Ridiculous, and of course not true — and Donald Trump knows it. Has he triggered the 25th Amendment yet?”

The Federal Bureau of Prisons announced that Epstein, who faced multiple charges of sex trafficking involving underage girls, died by “apparent suicide.” He was placed on suicide watch last month after prison guards discovered him lying semiconscious in his cell with marks on his neck, suggesting that he had tried to kill himself.

But Epstein was taken off suicide watch six days later, and, at the time of his death, he was alone in his cell and was not monitored by guards who were supposed to check in on him every half hour.

There is no evidence that the conspiracy theory Trump retweeted has any merit. And FBI agents who spoke with INSIDER said the president’s actions aren’t just irresponsible but also dangerous.

But the president’s actions make investigators’ job harder, not easier.

“The Epstein case was hypercharged from the get-go,” one current FBI agent, who requested anonymity to freely discuss Trump’s actions, told INSIDER. “The last thing investigators need is the president of the United States fanning the flames with these bulls— theories that have no basis in reality.”

Frank Montoya, Jr., a recently retired FBI special agent, characterized Trump’s actions as “crazy talk coming from no less than the President of the United States.”

“This would be a bad TV melodrama if it weren’t real,” he added. “The world is watching. Trump may be successfully fooling a third of America with his sociopathic antics, but everyone else … sees how naked the Emperor is, and they are exploiting the advantage.”

CNN reported that after Trump retweeted the conspiracy, which was accompanied by a video, the clip had received more than 3 million views on Twitter as of Sunday morning. That’s more than triple Williams’ other recent videos.

“The FBI assesses anti-government, identity-based, and fringe political conspiracy theories very likely motivate some domestic extremists, wholly or in part, to commit criminal and sometimes violent activity,” the FBI said in May. “The FBI further assesses in some cases these conspiracy theories very likely encourage the targeting of specific people, places, and organizations, thereby increasing the likelihood of violence against these targets.”

The Clinton family has long been a bête noire for Republicans, but the level of vitriol that Trump and his supporters leveled against them during the 2016 election and after was unparalleled. Hillary Clinton was dogmatic in her criticism of Trump, but intelligence officials say Trump’s willingness to traffic in outright misinformation and paranoid conspiracies presents a unique threat.

Trump’s rallies made headlines for the infamous “Lock her up!” chants that dominated the events, and the president’s retweet about Epstein’s death bore a striking resemblance to when he elevated a similar conspiracy theory about the suicide of the former Clinton aide Vince Foster.

Also during the election, the alt right and many Trump supporters seized on an unfounded conspiracy theory suggesting that the Clinton campaign’s emails, which had been published online by WikiLeaks, contained coded messages connecting Clinton and other high-ranking Democrats to a child sex-trafficking ring operating out of a Washington, DC, pizza parlor.

A man from North Carolina, motivated by the “Pizzagate” conspiracy theory, traveled to the DC restaurant to investigate and fired a rifle inside the establishment.

“It’s not hyperbole to say that when the president makes up these stories — or promotes stories made up by others — he’s putting innocent lives at risk,” said one former senior Justice Department official.

Indeed, in its intelligence bulletin highlighting the threat posed by conspiracy theories, the FBI laid out several events over the last few years in which “perpetrators intended to kill groups identified by such theories as hostile and malevolent,” or to carry out “dangerous, unlawful acts in an effort to draw attention to or expose a perceived conspiracy.” These included:

When a California man was arrested in December after intending to blow up a satanic temple monument in the Illinois capital building to make Americans “aware of ‘Pizzagate’ and the New World Order (NWO), who were dismantling society.”
The October 2018 mass shooting at the Tree of Life synagogue in Pittsburgh, Pennsylvania, which resulted in 11 deaths and several injuries. The alleged shooter, Robert Bowers, had a history of violent and anti-Semitic beliefs. Shortly before the attack, Bowers posted on social media that the Hebrew Immigrant Aid Society “likes to bring invaders in that kill our people. I can’t sit by and watch my people get slaughtered. Screw your optics, I’m going in.”
When a Nevada man used an armored truck to block traffic on the Hoover Dam Bypass Bridge in June 2018. He was arrested after fleeing to Arizona and authorities found body armor, ammo, rifles, and a flash-bang device inside his vehicle. Citing a technical source with direct access, the FBI said the man directly referenced the QAnon conspiracy theory after his arrest. The media reported that he sent letters to Trump from jail that featured a QAnon slogan.
When two men were arrested in October 2016 on drug charges and found to be planning an attack on the High Frequency Active Auroral Research Program (HAARP), a government-funded research facility. The men apparently believed the US government was using HAARP to control the weather and prevent people from talking to God.
When Paul Anthony Ciancia shot and killed a Transportation Security Administration officer and wounded several others at Los Angeles International Airport in November 2013. Before the attack, Ciancia wrote a letter expressing his desire to kill TSA personnel, whom he believed were associated with the New World Order conspiracy theory. 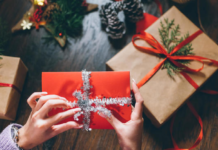 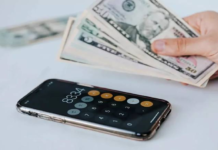 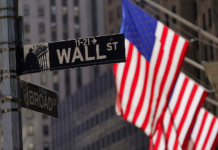