Apple Inc. will hold its next product launch on Sept. 12. And if the rumor mill about the highly anticipated iPhone 8 wasn’t already impressive, buzz has climbed to a fever pitch now that investors have a date on their calendars.

This latest launch comes a little more than 10 years after the iPhone’s debut, an event that has justly gone down in history as a defining moment for consumer electronics, for tech investors and for the megabrand Steve Jobs built.

But the stock market is a brutal place, with investors looking to the future and not the past. So the big question as we approach the latest chapter in the Apple saga isn’t where the company has been but where it is headed.

Here’s an objective look at both sides of the trade, with five big reasons to believe in Apple… and five more that hint you should take the money and run.

Sentiment is back: After a pretty disappointing run across much of 2015 and 2016, Apple has gotten its act together lately — including a 5% pop in the stock in a single day at the beginning of August, as investors got encouraging signs that the existing iPhone line is still selling nicely in the lead-up to September’s launch party. That puts the stock up 40% year-to-date, about four times the gain of the S&P 500 in 2017, and up about 80% from May 2016 lows.

Growth is, too: It’s understandable why some investors soured on Apple in 2016, however. The company saw some disappointing headlines, including its first-ever decline in iPhone sales and some serious declines in its top line as a result. However, growth is back, with revenue expected to climb 15% this fiscal year and earnings tracking roughly 20% growth. A big iPhone launch could put this company on the growth path in a more serious way.

Cash king: Apple’s roughly $260 billion stockpile of cash and investments is a well-worn topic. But the continued hope of tax reform — and more importantly, a repatriation holiday — makes this sum more noteworthy than ever. Oh, and by the way… even if Apple loses a third of that cash to a 35% tax rate without a holiday, it still has enough dough to just write a check for The Walt Disney Co. DIS, +0.01% or Cisco Systems CSCO, -0.19% That’s staggering to consider.

Dividend growth: Rather than acquisitions, Apple’s most likely use for its cash is to give it back to shareholders. Since reinstating its payout in 2012, dividends have jumped by about 66% in five years as management has gotten serious about returning capital to its investors. Equally important is that those dividends total about 25% of next year’s earnings so there is plenty of room for dividend increases even without tapping overseas cash or debt markets.

What’s next: While much of these points may be well-known by Apple watchers, an unsung bull case for the stock is continued growth in its Services segment, which includes royalties on digital content from iTunes, Apple Pay fees and other behind-the-scenes revenue streams. This segment has quietly grown to roughly $30 billion in annual sales, and isn’t done yet as evidenced by 22% expansion year-over-year in its most recent earnings report. Services represent only about 11% of total sales, but it continues to grow briskly — and more importantly, shows Apple has other tricks up its sleeve than just an iPhone upgrade cycle. 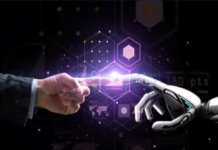 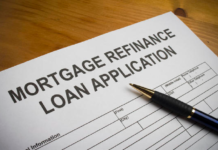 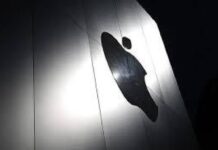