Out of the frying pan and into the fire

Daniel Montville knew a debt consolidation loan wouldn’t solve his financial problems, but the hospice nurse hoped it would give him some breathing room. He had already filed for bankruptcy once, in 2005, and was determined not to do it again.

Montville took out the loan in 2015, but within a year he had fallen behind on its payments and on the payday loans he got to help his daughter, a single mother with four children. The payday lenders all but cleaned out his checking account each time a paycheck landed, leaving little money for necessities. Then his daughter lost her job, and the $5,000 tax refund she had promised to him as repayment went instead to supporting her kids.

“That’s when I wised up and realized this was a no-win situation,” says Montville, 49, of Parma, Ohio. Montville is now repaying his creditors under a five-year Chapter 13 bankruptcy repayment plan.

Debt consolidation can feel like the answer to a struggling borrower’s prayer, but it often doesn’t address the overspending that caused the debt in the first place. Within a short time, borrowers often find themselves buried deeper in bills.

“It’s a quick fix,” says Danielle Garcia, a credit counselor with American Financial Solutions in Bremerton, Washington. “They aren’t fixing the root of the problem.”

Out of the frying pan

The five-year, $17,000 loan Montville got from his credit union, for example, paid off 10 high-rate credit card bills, lowered the interest rate on the debt from double digits to about 8% and offered a fixed monthly payment of $375, less than what he was paying combined on the cards.

What the loan didn’t do, however, was change Montville’s spending habits. Paying off the credit cards just gave him more room to charge.

Some of the debt came from unexpected expenses, such as car repairs. But Montville estimates 60% came from “foolish spending.”

“I wanted a TV. I needed clothes. I want to go to a movie,” Montville says. When he bought a new computer, he noticed only the low monthly payment of $35, not the 25% interest rate he was being charged. When his daughter got into financial trouble, he turned to payday loans because his cards were maxed out.

Now that he can no longer borrow — his credit card accounts are closed, and he would need the bankruptcy court’s permission to replace his car — Montville finally is thinking about what he actually needs to buy versus what he wants to buy. He considers whether he can do without a purchase or put it off. If he really wants something, he saves for it.

“My feeling now is, cash only,” Montville says. “Once I pay cash, nobody can take it from me.”

Consolidation a strategy, not a cure

Montville’s attorney, Blake Brewer, says many of his clients have no idea how their expenses stack up against their income. They assume that their next tax refund or stretch of overtime will help them catch up, not realizing they’re consistently spending more than they make.

“These people are just shocked when I sit down with them and take out a calculator,” Brewer says.

Some of his clients consolidated their debt using a 401(k) loan or a home equity line of credit. They pride themselves on saving money because they lowered their interest rates, but they don’t realize they’re spending assets — retirement accounts and home equity — that generally would be protected from creditors in bankruptcy court.

People seeking debt consolidation also can wind up with debt settlement companies, which promise to persuade creditors to accept less than what they’re owed. Debt settlement typically causes a major hit to credit scores, but success isn’t guaranteed and some companies simply disappear with the thousands of dollars they charge. 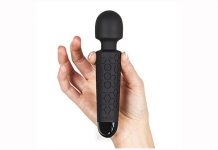 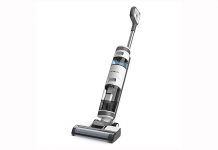 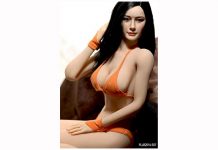