Should the 2020 candidates try to counter Trump’s ugly rhetoric, or downplay the issue entirely?

In the coming months, Democratic voters will get the chance to choose from a large field of presidential candidates that includes virtually every type of progressive politician available on the American spectrum. This might seem like an advantage. But the perils of alienating considerable swaths of general election voters are not insignificant, and in an election that will surely hinge on turnout, Democrats are walking a tightrope.

With 18 months left on the electoral calendar, the party faces a long list of dilemmas, and candidates are still working out how to approach topics ranging from health care to racial injustice to climate change to opioid addiction, but the question that drove the most conversation this week was whether to begin impeachment proceedings against the president—not precisely a deep public policy discussion.

Still, the toughest quandary facing the party this spring and summer may not be impeachment, but immigration and how best to counter President Donald Trump’s obsessive focus on the issue. Other than his fixation with Robert Mueller’s inquiry and his personal battle against the media, no other topic has been as present in Trump’s Twitter demagoguery and campaign rhetoric as immigrant fearmongering. There is no question that the issue matters, at least to Republican voters. In a poll just before last year’s midterms, a Pew study found that 75 percent of Republicans identify illegal immigration as a “very big problem” for the United States, above other objectively more relevant challenges like gun violence, the drug epidemic or economic inequality. In another, more recent poll, 68 percent of Republicans chose immigration as a priority for both Trump and Congress this year, the third most important issue after terrorism and the economy.

Immigration will surely be front and center again next year. How should the Democrats respond?

The answer isn’t obvious. Some voices have urged Democrats to not only engage on the issue but embrace the need for prosecution and deterrence to face the current immigration wave from Central America. David Frum recently warned against liberal complacency on the issue and, controversially, urged Democrats to emphasize enforcement. “If liberals insist that only fascists will enforce borders, then voters will hire fascists to do the job liberals refuse to do,” wrote Frum, a man whom, granted, is not particularly known for his progressive credentials.

Still, some in the Democratic party seem to agree. Strategist Simon Rosenberg told me Democrats should “lean in” on the issue of immigration in 2020, underlining the party’s own achievements on border security, putting forth a humane and tenable road map to citizenship for undocumented immigrants, and proposing an ambitious plan for development aid to Central American countries. “Democrats have a strong record of pragmatic management of border and immigration issues,” Rosenberg said. “The nation is now looking for solutions. We should focus on updating our ‘comprehensive reform’ approach to account for the new challenges the Trump era has created.” What would this counternarrative to Trump’s nativism look like? Of the 19 candidates running for the Democratic nomination, only former San Antonio Mayor Julián Castro has laid out anything resembling an innovative approach to immigration.

Democrats have, of course, another possible path, that might seem counterintuitive in the age of Trump’s rabid fearmongering: they could downplay immigration. During a panel I recently moderated on the future of progressive immigration policy, New York Times columnist Roberto Suro, an eloquent expert on the topic, suggested progressives should just run the numbers. When I brought up that 3 out of 4 Republican voters seem actively troubled about undocumented immigration, Suro seemed unconcerned. “75 percent of Republican voters gets you to what, 30 percent of the electorate, maybe less?” asked Suro. “For those voters, it’s their top issue and they’ll vote on it. But you’ve got the rest of the country, and by very large numbers the public attitudes toward immigration have not changed. Four years of this rhetoric, all the craziness at the border, American attitudes toward immigration have not changed: They are overwhelmingly welcoming.”

He has a point. Immigration doesn’t seem to be a priority for most American voters. Among the general public, immigration ranks ninth among “public policy priorities” for 2019. Polls have consistently shown a majority of Americans view immigration as an asset for the country. Perhaps more importantly, some polls suggest the number of independents who hold a positive view of immigration and its role in America has continued to grow. 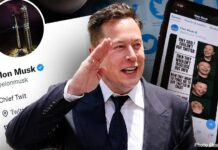 Big Tech layoffs could hurt Americans, but the ‘worst is still on the way’ 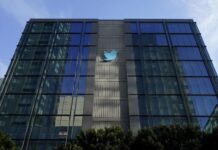