But at least we don’t have to pretend it isn’t.

Most Americans suffer from the unfortunate delusion that economic problems are violations of some mathematical order. When recession, severe inflation or other hard times engulf society, it is because the sacred equations have been angered. If we adjust the right variable just so, a set of very important numbers will respond appropriately, and a process of mystical, self-sustaining prosperity will begin. Knowledge of these secret statistical potions is closely guarded, and its practitioners deploy sophisticated abstractions to explain away common-sense calls for reform.

Why do so many people work 60-hour weeks for poverty wages while a few luxuriate in the fabulous returns of interest-bearing assets? Why are the citizens of Puerto Rico threatened by a deadly social collapse while the fruit of the island’s labor is shipped to Wall Street bondholders? The answer surely cannot be that some wealthy members of our society are exercising political power over the lives and incomes of others. We must consider growth, productivity, liquidity, gross domestic product and the debt-to-GDP ratio.

But at the heart of every important economic issue are simple and straightforward power relationships. When you are in debt, someone else has financial power over the ordering of your affairs. Wealth enables rich people to buy their way out of troubles that overwhelm the lives of the poor. For much of our history, the American government granted some people the right to own other people. Economic problems are political problems. They have always been so; they can never be otherwise.

And so in a perverse sense, President Donald Trump’s most recent tax proposal is a great gift to society. It clears away much of the obfuscating hocus-pocus that leaders of both political parties have been busy constructing around our politics over the past 40 years. Trump wants a massive tax cut for the very wealthy. He doesn’t really care how much it costs, or what it will do to the federal budget deficit, or to economic growth or to worker productivity. He isn’t even very picky about how, exactly, taxes for the rich are reduced, so long as they are diminished by a very large amount.

His framework suggests eliminating the estate tax, dramatically slashing corporate taxes, reducing the top rate on individual income taxes, and limiting the levies on special “pass through” accounts ― all perks that generate terrific sums for CEOs and hedge fund managers. If you want to tack on a few hundred dollars for middle-class families, Trump will not raise a fuss.

We could describe this as a complex, disembodied economic idea ― the mathematical inelegance of extreme inequality or the fearful ratios implied by a ballooning deficit. But it is really a simple expression of power. The Trump tax plan is a public demonstration of the political priority the American government has decided to grant to the wealthiest members of our society. It is a clear, unequivocal statement that in America, some citizens are more equal than others. Everything else we can say about the plan with statistics is window-dressing.

The billionaire donors cheering it on don’t need the money. It will not make them wealthier in any meaningful sense. They will buy the same Hermès scarves and Tom Ford sunnies they would have purchased without it. Their yachts will continue to be elegantly contoured and divinely upholstered. Many quite literally cannot use the money Trump wants to offer them. One of the biggest perks in Trump’s proposed framework is the elimination of the estate tax ― a levy that falls not on the millionaires of today, but on the inheritances of their heirs and heiresses. A wealthy individual needs to leave behind over $5 million to trigger the estate tax. For a married couple, the figure is nearly $11 million.

So Trump loves the rich so much he will cut their taxes even when they are dead. And the ultra-rich love Trump’s plan because it is a formal political recognition of their social prestige, an acknowledgement that they carry more weight than others in the political system we still optimistically refer to as a democracy. This is, as they see it, how it should be. It has, after all, been the way of things for decades. 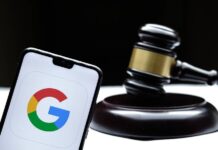 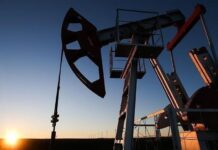 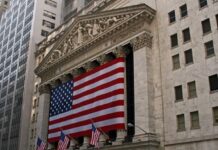