As first lady Melania Trump discovered this week, it’s a tricky situation when a peer takes credit for someone else’s work.

During an interview with ABC News, Ivana Trump, President Donald Trump’s first ex-wife and mother of his three eldest children, called herself the “first lady” in response to a question about how often she speaks with the president.

The comment elicited a rare bit of criticism from the first lady, by way of her communications director, Stephanie Grisham. Melania “plans to use her title and role to help children, not sell books,” Grisham told CNN. “There is clearly no substance to this statement from an ex, this is unfortunately only attention-seeking and self-serving noise.”

Of course, the response from the White House created even more noise.

Though it may be tempting to lash out if a similar dust-up happens in the workplace, whatever you do, don’t lose it. “You have to think about your reputation,” said Diane Gottsman, author of “ Modern Etiquette for a Better Life” and founder of The Protocol School of Texas. “You need to remain respectful, responsible and professional.”

Here is how to deal with co-workers who take credit for others’ achievements:

It’s important not to jump to conclusions and have some self-reflection, Gottsman said. “The slights might be inadvertent, or on the other hand they may be taking liberties with the truth.” Ivana, for instance, was probably making a joke with silly (“first wife,” “first lady”) wordplay.

Gottsman also advises self-reflection. If this is a common problem, it could suggest that other problems are at hand. More importantly, the affected individual should determine how important it is to them that the truth be known to avoid making a mountain out of a mole hill.

Talk to the culprit one-on-one

Addressing a squabble publicly is an easy way to make everyone look bad, said Jay Remer, protocol and corporate etiquette consultant. “Publicly embarrassing someone is never OK,” Remer said. “If you’re really trying to get them to rescind what they said, you have to talk to them privately and ask them to do so.”

But there are some obvious exceptions. For instance, if a colleague took credit for a group effort, Gottsman said the affected person could speak up by describing the contributions others made. “Make it conversational and redirect it to include other people,” she suggested. Reaffirming the work you did, while also lifting up others, will avoid the impression that you are attacking the guilty party. 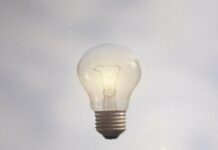 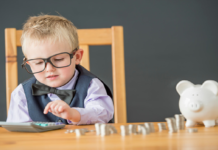 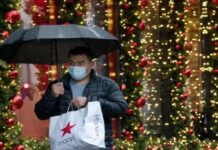