Republicans are warning that a growing war of words between President Trump and key GOP senators is threatening to undercut the party’s efforts to pass tax reform and move its agenda.

While many GOP senators have offered supportive public words for Sens. Bob Corker (R-Tenn.) and Jeff Flake (R-Ariz.), who are both retiring amid feuds with Trump, they are also feeling fatigued by all the infighting and say it is time to move on.

“I think most people are tired of the back-and-forth,” said Sen. Lindsey Graham (R-S.C.), who has feuded on and off with Trump but has had a more cooperative relationship with the White House in recent months.

While saying he liked Flake, he also said pointedly that “the election is over” and Republicans need to work with the White House to get results.
“The president did a good job at the lunch yesterday laying out his success. [But] I told the president, you kick every barking dog in Washington and you’ll wind up spending all your time [on] barking dogs,” he said.

Most GOP senators are loath to step into the middle of the fight, which they chalked up to a disagreement over the president’s style.

“Look, they have individual issues with the president. These things are all personality driven, and it’s unfortunate that this leaked out over into the public, and they are going to have to resolve those issues between themselves,” Sen. Jim Risch (R-Idaho) told CNN.

Sen. James Inhofe (R-Okla.) said he didn’t think the fights would affect the larger GOP agenda, noting that during the lunch with Trump, “I’ve never seen the unanimity like it was, the applause, the reception.”

“No. No. No. No. No. There is not,” he said in response to a question about whether the battle between Trump and the retiring senators had larger meaning and represented a fight over the GOP’s identity.

“I think it’s more of a personal thing with the president,” Inhofe said. “They don’t like the guy.”

Trump also sought to downplay the friction on Wednesday, suggesting Corker and Flake essentially represented a couple of bad apples.

In three separate tweets, Trump boasted that he had received a standing ovation during his private lunch with GOP senators on Tuesday.

“We have great unity,” Trump said of the GOP. “If you look at what happened yesterday at the meeting, we had, I guess, virtually every senator, including John McCain. We had a great conversation yesterday — John McCain and myself — about the military.

Other GOP senators offered remarks that suggested they are more troubled by the repeated infighting — particularly as the party moves toward a possible tax-reform fight in which three Republican defections would doom their coming legislation.

Relationships can be a factor in tough Senate votes, something that appeared to be underlined with McCain’s own defection on an ObamaCare repeal measure earlier this year. 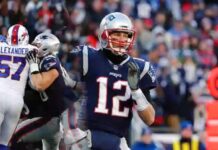 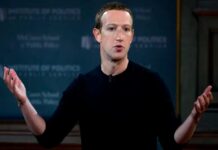 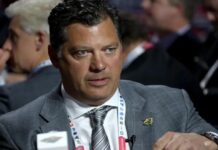